What is a Firewall and How to Bypass It? 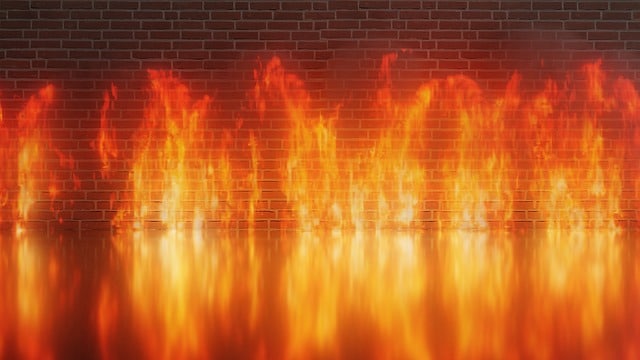 Nowadays, it is quite common for corporate employees as well as college and high-school students to be unable to access a certain website from their office, campus, or school. The reason for this lies in the fact that most enterprise-level networks blacklist the websites they don’t want you to use from their ISP account.

But how do they do it?

The networks that decide to filter web content use firewalls to prevent people from accessing blacklisted websites.

Now, you are probably wondering what a firewall is, how it works, and most importantly, how you can bypass a firewall in order to access your target website.

These are a lot of questions. Luckily, this article answers all of them.

What is a Firewall?

A firewall is a network security system (hardware, software, or both) which is used to monitor all incoming and outgoing network traffic. Based on a defined set of advanced security rules, the firewall decides to either allow or block specific traffic.

The first firewalls were used as early as 25 years ago as the first line of defense in network security. Even today, they remain a useful tool when it comes to enhancing the security of computers which are connected to a network such as LAN or the internet.

Firewalls are most commonly used to:

Nonetheless, while firewalls safeguard computers within a network, they can also easily get on nerves of employees and students who cannot access their favorite websites such as social media platforms, streaming services, and others.

How does a firewall work?

To understand why you are unable to view certain content while at work or school, you need to know how a firewall works.

Computers create an HTTP request when they want to access a particular web page. This request is then wrapped into a TCP packet, the website name is identified as an IP address, and the TCP packet is sent to the IP layer for routing.

Based on the IP and its routing tables, the IP layer determines where to send the request, which is usually to the target website server.

However, with a firewall on the network, this does not happen. Since firewalls normally operate at the IP layer and use a ‘wall of code’ to monitor every single data packet at either side of the connection, they completely isolate your device from the web.

They guard traffic at the port, which is the computer’s entry point where information is exchanged with external devices and the internet. This way, a firewall determines whether the data should be allowed to pass or be blocked.

Even though firewalls can be hardware or software, the effect is optimal when both are used. A hardware firewall is a piece of equipment between a network and a gateway, while a software firewall is a program which controls traffic through various port numbers and applications.

The most commonly used type of firewall is a packet-filtering firewall. It examines the packet source and destination IP address and then either prohibits or allows them to pass based on the established security rule set.

There are two categories of packet-filtering firewalls: stateless and stateful.

However, packet-filtering firewalls generally provide only basic protection and limited features. For instance, they cannot determine whether the content of the request is going to negatively affect the application it is reaching.

A proxy firewall operates at the application level and acts as an intermediary between two end systems. In the case of proxy firewalls, the client’s request is evaluated against security rules and based on these rules, it is permitted or blocked.

Proxy firewalls use both stateful and deep packet inspection. They are mostly used for monitoring traffics for layer 7 protocols like HTTP and FTP.

Similar to the proxy firewall, NAT firewalls act as an intermediary between a set of computers and external traffic.

With NAT firewalls, multiple devices with separate network addresses can access the web using a single IP address while keeping their own IPs hidden. This enhances security by preventing hackers who scan networks for IP addresses from seeing specific details.

Finally, this type of firewall filters packets at various layers (network, transport, and application) and compares them against known trusted packets. Similar to NGFW firewalls, SMLI examines the whole packet and allows it to pass only if it passes each of the layers individually.

In order to ensure that all communication takes place between trusted sources, SMLI firewalls monitor packets to determine the state of the communication.

How to bypass a firewall

Having learned all this information about firewalls, you may think that it is difficult or even impossible to circumvent them and access your favorite website.

However, there are quite a few ways to bypass a firewall. Some of them are cheaper, while others are more effective.

Below is a list of some of the most common methods that people use to bypass a firewall.

Use Ultrasurf to bypass a firewall

In a nutshell, Ultrasurf uses your computer’s default browser to connect to the nearest available proxy. It opens an incognito window in your browser and allows you to access restricted websites through the proxy server.

It is a software that can be used on heavily restricted devices since it doesn’t require any installation.

However, Ultrasurf is available only on Windows computers, so Mac users will have to look for another solution.

Browse with Tor to bypass a firewall

This tool routes your web browsing over an encrypted network and sends your requests to an uncensored, unfiltered destination. It allows you to access blocked websites on any connection but it should not be used to access sensitive, unencrypted data.

Even though Tor may be helpful where SSH tunnels, VPNs, and proxies won’t work, it has a huge downside. It is incredibly slow, so even if it lets you access blocked websites, you will probably lose your patience before too long.

Use your smartphone as a hotspot to bypass a firewall

If your carrier allows tethering (using your smartphone’s cellular data as a Wi-Fi connection on a computer), you can use the following trick to bypass a firewall:

This way, since you are connected to a cellular network, you will probably be able to bypass a firewall successfully.

A proxy server is a web server that acts as a middleman between your device and the internet. Ironically enough, your company or school probably uses a proxy server to block users from accessing the blacklisted websites in the first place.

Therefore, if you use a proxy to access a website blocked by another proxy, that would be a perfect example of beating someone at their own game.

However, make sure to always use paid proxies for firewall since free ones will spam you with ads and generally are not safe to use.

Finally, here comes the VPN. Most experts consider VPNs to be one of the best two solutions to bypass firewalls, the other one being the proxy server.

Remember the explanation of how a firewall works where I mentioned the TCP packets and the IP layer?

Well, when you establish a VPN connection, it alters your routing tables, meaning that the IP layer now routes some or all of your outgoing traffic into the VPN which wraps the whole IP datagram into another TCP packet which is now sent to the VPN.

This is how your original packet becomes practically invisible to the IP layer. Also, once the packet passes through the VPN, it is unwrapped and sent to its final destination in its original form.

This creates the effect of a tunnel that VPNs are so famous for. By sending the TCP packet through the VPN connection, you effectively bypass the firewall and routing rules.

As a result, you are able to access any website you want even if it is blocked on your local network. However, similar to proxies, you want your VPN to offer top quality service, which means that a paid VPN for firewalls is your best bet.

What are your thoughts on bypassing firewalls? Leave a comment below and let us know!