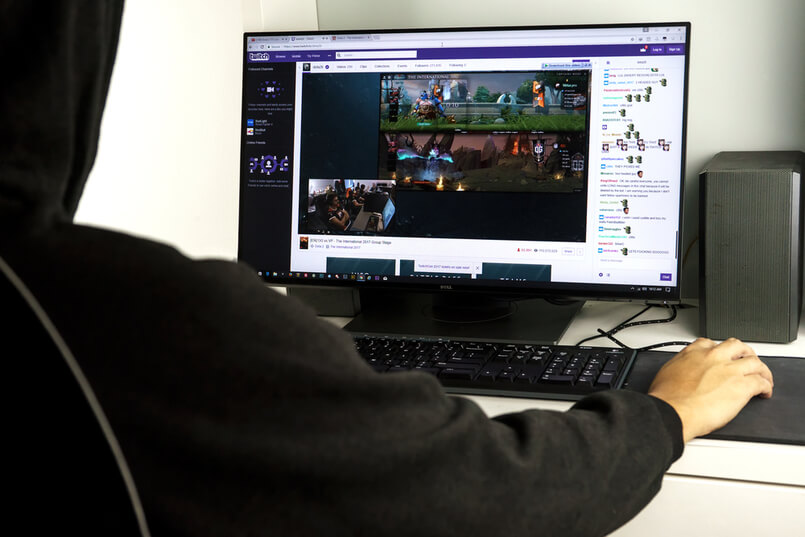 It all started with Counter-Strike. This used to be the go-to online game for everyone who needed to escape to the cyber world every now and then. But today, this world has become much more complex, offering incredible possibilities.

In vast online worlds and multiplayer battles with a huge number of gamers, millions of children (and adults!) take their part and fulfill their dreams and fantasies. Plus, social validation has a great impact, with views, shares and game footage recordings being an integral part of everything.

But, of course, what would all this be without a proper streaming website?

A subsidiary of Amazon, Twitch is a live-streaming platform introduced in 2011. It mainly focuses on streaming video game footage, but it is also used for other purposes.

The platform allows users to create live streams for other people to watch and comment on, as well as create on-demand content and upload it to their profile to be watched at any time.

There is a great number of popular online games that are streamed on Twitch, like Call of Duty, League of Legends, Dota, World of Warcraft, etc.

The Twitch community has millions of people who enjoy video games and conversation through a chat which is built into every stream. You can follow a number of online gamers such as Riot Games, PmsProxy Twitch, Syndicate, etc.

Many gamers wonder how to unblock Twitch. But why would it be blocked in the first place?

First, various networks consider that things related to online gaming are inappropriate, so they simply block all related content.

Twitch, as an online gaming platform, is generally blocked in schools and workplaces in order to minimize distraction in these places. It is normal that everyone gets bored from time to time at school or at work, but accessing gaming content can significantly reduce your focus and productivity.

In addition, streaming Twitch uses so much bandwidth that it could easily slow down the entire computer network.

Finally, some individuals’ IP addresses may get blocked by Twitch due to inappropriate activities like using a bot. We will explain this later in the article.

If you want to unblock Twitch, you have a couple of options.

Your first option is to use Twitch’s IP address instead of its website URL. If you don’t know its IP address, you can easily find it on a number of websites such as whatismyipaddress.com. When you find the IP address, just type it into the address bar of your web browser and you should get instant access.

Another thing you can do is to use a proxy server. This is very helpful in case your IP has been blocked. With a good proxy, you will be able to hide your real IP address and use the proxy IP in order to connect to Twitch.

We already said that one of the main reasons why people get blocked by Twitch is because they have used a bot. But why would you use a bot on an online game streaming platform?

When you use a Twitch viewer bot, you can do the following things:

In other words, you can use a Twitch bot to quickly gain popularity and become a star on this platform. As the matter of fact, many people use bots for these and similar purposes.

And your next question is probably how to make a twitch view bot.

Well, if you want to actually make a bot by yourself, you will spend a lot of time and energy. Creating a bot is rather complicated and difficult as it requires some programming skills that not many people have. So, if you are not a computer programmer, we advise you not to try this at home.

Instead, you can always buy a Twitch viewer bot from one of many providers you find online, like twitch-viewerbot.com.

As we already mentioned, using a bot on Twitch can get you blocked in a matter of seconds. Since bots automate all processes, they are incredibly fast and thus easily recognized as machines. This is against Twitch’s rules, so they will not think twice about blocking your IP.

That is why you need a high-quality Twitch proxy server which not only will hide your IP address and make you anonymous to Twitch but also allow your bot to send parallel requests resulting in higher views count.

A Twitch viewer bot and a proxy are the best combination for achieving your online gaming ambitions – you will get a great number of viewers and followers automatically, and the best things is that you will remain anonymous and safe while doing so.

GeoSurf is the best Twitch proxy site on the planet. We offer high-quality Twitch proxy servers to help you fulfill your online gaming dreams.

Be a Gaming God with GeoSurf Residential Proxy Network.