How to Unblock Netflix 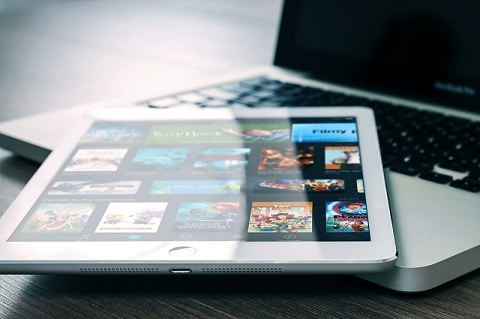 As you probably know, Netflix is a globally famous provider of media services. Its primary business revolves around the subscription-based streaming OTT service that offers online streaming of the world’s best-known films and TV shows.

Even though it was founded in 1997, it is only during the past decade that it has reached its peak. This has occurred as a result of increased internet bandwidth across the globe but also thanks to Netflix’s relatively low monthly fee and an unparalleled variety of high-quality content accessible to people around the world.

Presently, Netflix has nearly 150 million paying subscribers worldwide, including 60 million only in the United States.

However, Netflix also has a ‘dark side’. What if I tell you that subscribers form the United States get much more content compared to the rest of the world? And since all customers pay nearly the same subscription fee regardless of their location, non-U.S. customers ofter consider this to be unfair.

So, why are U.S. Netflix subscribers privileged compared to people from other parts of the world? Why is Netflix blocked? And what is the best way to unblock Netflix?

If you want to find the answers to these and other Netflix-related questions, read the article below.

Why is Netflix blocked?

There are quite a few reasons why some people may not be able to access a part or all of the content on Netflix.

The reason for this is because a number of distributors already have deals with networks in certain countries which give away exclusive viewing rights. And since distributors can’t sell the rights to both local networks and Netflix, some shows and movies cannot be viewed on Netflix.

So, the sooner non-U.S. Netflix subscribers realize that Netflix is not the only party that gets a say in what content can be shown, the easier it will be for them to settle with the fact that they simply cannot access all the content.

Based on the reason why they are not able to access Netflix content, people around the globe use different methods to unblock it. Below are listed some of the most common ways to do it and we will start with the most effective one – VPN for Netflix.

Best way to unblock Netflix – use a VPN

According to most experts, a virtual private network is the best way to unblock Netflix. The reason for this lies in the features that a quality VPN offers.

The main benefit of using a VPN for Netflix is that it allows you to circumvent geo-restrictions regardless of your location. In the case of Netflix, this means that you can access the same content as residents of other countries.

However, you need to be picky when it comes to choosing the location of your VPN. In other words, if you want to access the U.S. version of Netflix, it is crucial that you connect to a VPN server located in the United States.

Still, bypassing geo-restrictions is not the only reason why using a VPN for Netflix should be your first choice. Another important factor is the encryption used in the VPN technology that protects your web traffic from potentially malicious third parties and masks your real IP address.

Finally, if you opt for a reliable VPN provider, you will also enjoy a number of other benefits, including the following:

Speaking of Netflix VPN blocking, what is it exactly?

Why and how does Netflix block VPNs?

Since Netflix needs to ensure that people around the world cannot access the content which is locally available through other channels (e.g. local TV networks), it has started blocking users trying to bypass this restriction.

Netflix has a very simple choice – either to make all of its content available in all countries and declare war on movie studios and distributors or to block users trying to access content which is generally unavailable in their location.

And since Netflix is an international multi-billion business that honors the agreements it has in place, it is only natural that they have opted for the latter option – even if it means blocking the users who try to watch content through a VPN connection.

Netflix has an incredibly advanced and sophisticated method of detecting VPNs. Before the Netflix server even starts loading video content for a user, it looks for the use of shared IP addresses.

Given the fact that most VPN providers offer shared IP addresses used by dozens or even hundreds of people, it is not that difficult for Netflix to detect those IPs and block them for potentially belonging to a VPN provider.

That is precisely why people get the infamous Netflix streaming error suggesting that they turn off any unblocker or proxy services they may be using.

In addition, Netflix servers have a blacklist of IP ranges that they regularly block, which is a very effective approach to preventing users from watching unavailable content. Unfortunately, this strategy also affects non-VPN users who may have an IP address within the range of blacklisted IPs.

However, not all is lost, as there are a few truly persistent top-quality VPN providers that make sure users from all around the world can stream Netflix content just as if they lived in the United States.

Is it illegal to use a VPN for Netflix?

The fact that people using a VPN regularly get blocked by Netflix makes them wonder whether it is legal to use a VPN to watch Netflix. However, even though streaming Netflix through a VPN from overseas might sometimes constitute copyright infringement, there are no recorded cases of someone being prosecuted for using a VPN for Netflix.

The reason for this is probably very simple – Netflix wants to keep its paying customers.

In addition to a VPN, there are a few other options you can use to unblock Netflix, including browser extensions and proxy servers. Depending on your preferences and budget, they may get the job done with moderate success. However, even though they can be effective solutions, they also have some disadvantages.

Browser extensions do wonders for a number of internet users whether they use them for personal or business goals. Some of these extensions use an ingenious method to provide users with a different IP address and thus allow users to tackle certain geo-blocking issues.

In addition, browser extensions are lightweight and inconspicuous, so they can be a rather useful weapon in fighting geo-blocks. However, in most cases, they are not advanced enough to circumvent Netflix blocks.

In addition, since browser extensions are lightweight software tools and very similar to proxies, they cannot ensure a secure connection that protects your data and online identity.

A proxy server works in a similar way to a VPN but the main difference is that a proxy doesn’t encrypt your data. Therefore, watching Netflix with a proxy will give you a different IP address and enable you to access the desired content but your connection will be less secure when compared to using a VPN.

Furthermore, just like with average-quality VPN providers, you will share a proxy server with a number of different people, especially if you decide to use a free proxy. So, even though proxies can sometimes offer faster speed than VPNs, you may end up with a slow and unstable connection.