Why you should use a VPN for TikTok 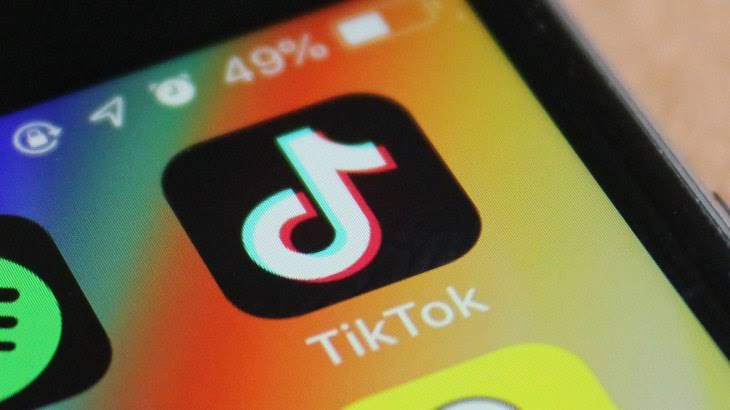 You have probably heard about the app called TikTok – a very popular video app that spread around the world in record time throughout 2018 and 2019. TikTok allows you to create an account and then post short videos – mostly 3-15 seconds long – that have the potential to go viral if they are funny or interesting enough.

The app became one of the most downloaded applications in the US back in October 2018, and thanks to its fun content, it quickly spread around the world as well. However, while TikTok is currently available in over 150 markets, and 75 different languages, it is worth remembering that this is an app that comes from China.

This is something that concerns a lot of its users, which is why many have started using VPN for TikTok. Some use it just to be safe, while others have more practical reasons, which we will cover shortly.

Before we do, however, let’s talk about some basics first.

What is a VPN?

VPN is short for Virtual Private Network, which is basically an app that can help you stay anonymous and keep your privacy while you browse the web.

The VPN does this by using several security, anonymity, and privacy features that protect your data while you use the internet.

For example, VPN uses security protocols to create a secure tunnel for your data to flow through, which protects it from being spied upon by third parties. Next, it also uses encryption to make your traffic unreadable to anyone but yourself, just in case the tunnel leaks somewhere and that someone does manage to collect some of your information.

Finally, VPNs use their own private server networks, with servers located in multiple countries around the world. They allow you to connect to any of their servers and hide your real IP address by replacing it with one that is owned by the VPN service you are using.

This is necessary to stay anonymous online because every website scans your IP address to determine your identity and location. That way, the website knows whether or not you should be granted access to its contents. This is very useful for bypassing online censorship and geo-restrictions, both of which represent a big problem for those who wish to enjoy open internet in this day and age.

This is far from being all that VPNs offer, but the rest of the features can vary from one VPN service to another. Some services offer only these features, others offer a few more, while the best ones offer numerous others, such as:

Why should you use VPN for TikTok?

With all that said and done, you might be wondering why you would need to use a VPN for TikTok?

There are a few reasons, although they mostly revolve around online privacy and safety.

As mentioned, TikTok is a China-based app. Meanwhile, it is extremely popular in the US, but also in countless other countries.

It is also suspected that China tends to use its far-reaching companies, apps, services, and alike, to spy on citizens of the world. This is one of the reasons why the US recently announced that its telecommunications companies are forbidden from collaborating with China’s tech firm, Huawei.

What better way for Chinese intelligence to track the activities of millions of users than to use a hit app that is used around the globe?

However, with a VPN for TikTok at your side, you can hide certain information about yourself, such as your location and identity.

Depending on where you live, it might not be as easy to access TikTok as most people assume it is. While we did say that TikTok is available worldwide, there are still countries where censorship is strong enough to prevent people from even accessing the app.

Countries like India and Indonesia are perfect examples of places that have banned TikTok, at least for a time. Several other countries did the same, and there are even those that have it blocked right now.

As for others, who can say when the government or internet providers might decide that the app is not recommended for use, for whatever reason? In other words, the only way to ensure that you will keep your access to TikTok (or gain access, if you currently don’t have it) is to use VPN for TikTok.

Furthermore, a VPN can unblock countless other types of content online, so using one such service brings a lot more than just access to a single app. All you need to do is connect to a server in a different country, and you will have the same benefits (or restrictions) like the rest of that country’s citizens. It is a useful way to bypass censorship and geo-restrictions, so if you struggle with such issues, VPN can definitely help you out.

Sometimes, it is not your country that has problems with TikTok, but your work, school, or university. If you connect to the web in any of these locations, the chances are that you will find yourself unable to access most of social media websites, video streaming platforms, and who knows what else.

This was done on purpose by your school/work/university, and it is a form of censorship, only at a smaller scale. They often block such content in hopes of increasing your productivity. However, what they fail to realize is that people sometimes simply need a short break, and watching a few seconds-long TikTok videos might go a long way if you get a good laugh out of it.

With a VPN, you can bypass these problems as well, in pretty much the same way as described above. Simply connect to a server that is not under these restrictions, and you will be good to go.

In the era of smartphones, various sites and services that we like to use are always at our disposal. However, for those who tend to travel a lot, this might not be the case. After all, you likely don’t have constant internet access in various countries that you visit, so you have to rely on public hotspots.

These can be quite dangerous, as you never know who else is using the same hotspot as you. In the worst-case scenario, you might end up connected to the same one as some hacker. This is a known tactic by cybercriminals, who often set up open internet themselves, in hopes of finding people willing to connect. Once you connect to the network, they can steal your data, transfer your money (if you use a payment app), or maybe even take over your device, and more.

Watching TikTok is fun, but it is not worth losing money and sensitive information to criminals. Luckily, with a VPN, you can use any hotspot without having to worry about security, as VPNs will protect you from such a threat. Further, the same features that allowed you to bypass censorship back home will also allow you to bypass it in the country you are currently located in, so having a VPN is crucial for accessing the open web as well as for protection when you travel abroad.

Using TikTok is fun, but using a VPN for TikTok is smart, and it will keep you safe from intruders, even if they are the government of one of the world’s largest economies. On the other hand, not using protection can seriously mess up your life, especially if you end up hacked because of it.

While we do believe that you will benefit from combining TikTok with a VPN, keep in mind that you should probably use a VPN at all times, no matter where you are, what you are doing, or what apps you are using. The online world is not a safe place these days, and protecting yourself is the best and smartest thing you can do.