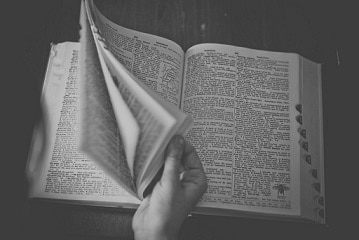 If you are an avid reader of our blog, you must know what a VPN is. However, from time to time, both on this and other blogs, you come across a VPN-related word or phrase that you don’t quite understand.

Indeed, it is sometimes impossible to explain all the VPN-related concepts and the internet in general without using technical terms. Hopefully, this glossary will explain most of those terms so that you don’t have to search them on Google anymore.

The capacity of a wireless or wired network communications link to transfer the maximum amount of data from one endpoint to another through a computer network or internet connection.

However, a DMCA notice generally refers to copyright infringement alerts sent to an ISP or content provider regardless of jurisdiction.

Upon receiving the DMCA notice, content providers need to remove such materials from their servers, while ISPs are pressured to identify and impose sanctions on the infringing customer and sometimes even reveal their identity to the copyright holder.

In case the user has committed a copyright infringement while connecting through a VPN, the DMCA notice is sent to the VPN provider.

This process is generally performed by the ISP but when a user is connected to a virtual private network, each DNS should first pass through the VPN tunnel and then is resolved by the VPN provider.

A DNS leak occurs when a VPN connection breaks and a DNS request is handled by your ISP instead of your VPN provider. In this case, your real IP address is exposed. To protect yourself from such a leak, you should select a VPN provider that guarantees DNS leak protection.

A process of encoding data with a mathematical algorithm (also known as a cipher) to prevent unauthorized data access.

Even though a regular internet connection provided by ISPs is generally not encrypted, users are becoming increasingly aware of the importance of encryption and an increasing number of them has started using a VPN connection to improve their internet security.

A system for monitoring inbound and outbound packets between the network and connected device.

A firewall can be both hardware and software and it is commonly used for restricting access and censoring content as well as for protecting infrastructure.

The best-known firewall at the moment is the Great Firewall of China (GFW), which is a highly sophisticated system implemented by the Chinese government in order to restrict access to a number of websites and protect the Chinese intranet from attacks.

It is used by both content providers (e.g. Netflix) and governments that impose internet censorship.

Using a VPN or a proxy server in order to appear as if you were browsing from a different location and thus bypassing geo-restrictions.

It separates the end-point identifier and locator roles of IP addresses and introduces a host identity namespace, based on the public key security infrastructure.

HTTP is the cornerstone of data communication for the internet, where hypertext documents include hyperlinks to other resources easily accessible to the user.

Hypertext Transfer Protocol Secure – another protocol that is the foundation of the world wide web.

Originally used by banks and online retailers, it is a more secure version of HTTP that uses secure port 443 by default and encrypts all user data. Today, it is increasingly being used by mainstream websites.

Even when you visit an HTTPS website, the fact that you have visited the website is recorded. However, nobody can see your exact activities or the pages you have visited.

IP relays datagrams across network boundaries and delivers packets from the source host to the destination host based only on the IP addresses in the packet headers. To facilitate this, IP defines packet structures which encapsulate the data to be delivered and addressing methods used to label the datagram with information about both the source and destination.

Internet Protocol Security, a secure network protocol suite used to authenticate and encrypt data packets that are sent over an IP network.

Due to its encryption features, IPSec is widely used in virtual private networks to secure users’ data from exposure.

Internet Service Provider – the company that provides your internet connection.

In a number of countries, ISPs are legally required to monitor and store user metadata in order to allow government access if there is a need for it. In addition, some providers even monitor web traffic in real time and send it directly to law enforcement agencies and intelligence networks.

In other words, if you don’t use a VPN, your ISP can easily see all your online activities due to the fact that your internet data remains unencrypted.

A feature that prevents your real IP address from being exposed in case the VPN connection breaks for one reason or another.

Most VPN providers offer this feature, but some also call it “Network Lock”. Some VPN providers allow users to choose certain websites to bypass the kill switch (also known as split tunneling) but most of them will simply cut off all connections until they re-establish the VPN tunnel.

All information collected and retained by an ISP or a VPN provider.

All VPN providers collect logs, so don’t believe those that claim that they don’t collect any logs. Ideally, you should choose a provider that collects as few logs as possible in order to protect your own internet privacy.

There are two main types of logs – connection logs and usage logs.

Connection (or metadata) logs are used by VPN providers for troubleshooting and dealing with technical issues and they usually include anonymous details such as connection time, amount of data transferred, as well as the number of devices connected to the VPN.

On the other hand, usage logs (also known as activity logs) are used to collect and store the details of your online activities such as the websites you visit. In general, VPN providers should not collect usage logs as this would basically make them no different than your ISP.

There are various types of malware such as spyware, worms, viruses, trojans, and other types of malicious code that can infiltrate devices without the owner’s knowledge.

A type of VPN developed to maintain a stable connection and privacy for users who roam across different Wi-Fi hotspots or data networks from cellular carriers.

In mobile VPNs, the tunnel is not tied to a physical IP address but to a virtual (logical) IP address which sticks with the user’s device.

A method that allows a user to simultaneously access a public network while they are connected to a VPN.

Split tunneling provides a multi-branch networking path, helps in securing the data traffic for the user working in a remote login environment, and improves network speed and performance.

Transmission Control Protocol, one of the main protocols in TCP/IP networks, including the internet.

Unlike the IP protocol that deals only with packets, TCP enables two hosts to establish a connection in order to exchange streams of data. It provides reliable, ordered, and error-checked delivery of data between applications running on hosts that communicate through an IP network.

Software that connects a computer to a VPN service.

This term is generally used to refer to a VPN provider’s desktop app. In the case of mobile platforms, it is commonly called a VPN app.

The encrypted connection between the device (computer, smartphone, etc.) and a VPN server.

This type of connection encapsulates data in an encrypted data packet, creating a tunnel which protects the data being from being accessed by anyone else.