What Is VPN Tunneling and How Does It Work? 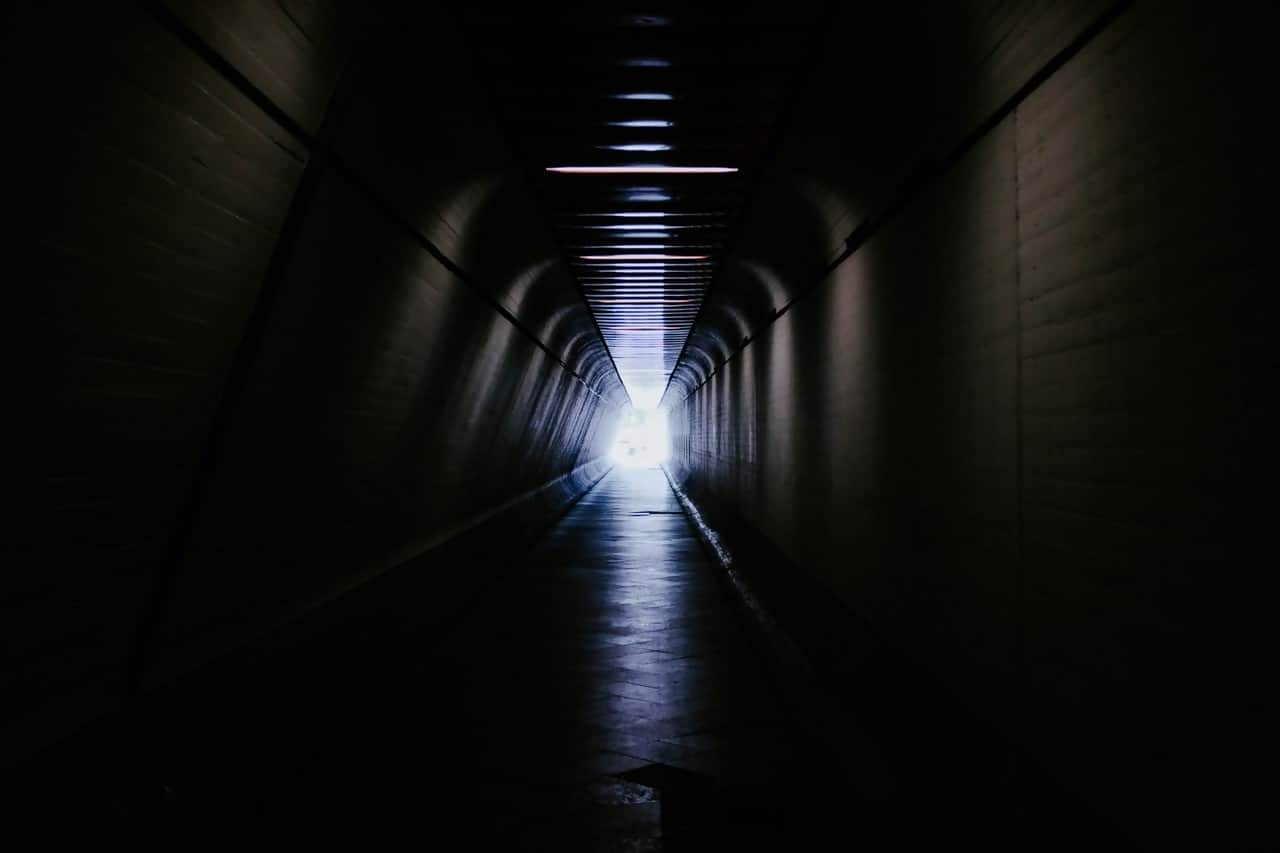 In the last few years, internet censorship has become a big issue. Global internet security is under threat from governments trying to control the content the public can access and upload to the internet.

But that doesn’t mean that there isn’t a way to protect yourself and your internet browsing experience.

VPNs (Virtual Private Networks) have the ability to bypass government censorship, reach websites that would usually be blocked, as well as hide your online identity. And since rules and regulations regarding the internet keep getting stricter, the popularity of VPNs keeps rising.

VPNs work by creating a safe and private connection between the user and the internet through a process called tunneling. When you use a VPN, your connection first must pass through a private VPN tunnel.

So, what are these tunnels, how do they work, and can you really be sure that you’re safe while using them?

What is a VPN tunnel?

A VPN tunnel naturally isn’t a physical tunnel through which your internet connection needs to pass through, but it’s good to imagine it as such in order to get a clearer picture.

When you yourself are going through a tunnel, nothing from the outside world can get to you due to the surrounding tunnel walls. They keep everything safe and secure. And a VPN tunnel works quite similarly.

A VPN tunnel represents an encrypted connection that is created between the device you’re using to access the internet and the wider internet. While the connection is going through this tunnel, it’s invisible to everyone. In other words, nobody can generally monitor or track your internet usage while you’re using a VPN.

Therefore, your browsing will be completely protected and so will anything you choose to do online. People who try to monitor your activity will be blocked out no matter if it’s the government or a hacker.

Not only will your connection be encrypted, but while you’re using a VPN tunnel, your IP address will also be concealed. Your location will be hidden and you will be able to visit websites that are blocked in your country. Additionally, nobody will be able to track your location either.

To put it simply, while your connection is going through a VPN tunnel, you’re safe from hackers who could access a plethora of information that you wouldn’t want to get into the wrong hands. All of your passwords, credit card numbers, and other sensitive information will be safe while you’re inside a tunnel that can’t be broken into.

How does a VPN tunnel work?

To understand how VPN tunnels actually work and how they keep your information safe, we need to take a look at data encapsulation and encryption. These two go hand in hand, and they are the reasons your browsing is safe in a VPN tunnel.

Data encapsulation makes your data invisible and undetectable while you’re browsing. Basically, your internet data packet is protected inside of another packet, which is the outer structure of your VPN tunnel.

Think of the whole process like this: encapsulation is sort of like putting your letter in an envelope and sealing it. Nobody will be able to read what you’ve written apart from the person you’ve sent the letter to.

Data encryption is what keeps your data inside of the tunnel and makes it unreadable to anyone except the intended receiver. It’s not enough to just have a tunnel, it’s also important for you to keep the information going through the tunnel as safe as possible.

Data encryption is like the process of writing your letter in the language that is only spoken by the receiver, so it is not readable if it gets intercepted in any way.

All in all, encapsulation and encryption go hand in hand, and when they work together, a VPN tunnel is as secure as it can be.

What is split tunneling?

As we have already established, your browsing is completely safe while you are using a VPN tunnel. But you don’t need to pass through a tunnel every time you want to access something on the internet, as some sites don’t really require a VPN. For instance, you wouldn’t need a VPN while accessing local sites.

And if you visit one such website where a VPN isn’t of any help, it can even be a disadvantage. Your connection could slow down. There are also some websites you visit (such as online banks) that would see it as suspicious that you’re hiding your IP address with a VPN.

Luckily, situations like these can be regulated with split tunneling.

Essentially, split tunneling gives you the possibility to transfer some of your online activity through your VPN tunnel, and allows you to access the internet directly through your ISP if you believe there’s no need for a VPN.

When you want to access a website through a VPN tunnel but you don’t want to lose direct access you might have to a local website, you can use split tunneling. If you don’t use it, you will constantly need to be connecting and disconnecting from your VPN.

Another benefit you will gain from split tunneling is the conservation of bandwidth. Bandwidth is the maximum rate of data transfer across a given path, and VPNs use up a lot of it. When you have the option of split tunneling, however, you can minimize the amount of bandwidth you use.

Most high-end VPN service providers offer a split-tunneling feature, but don’t just assume that all of them do. Before choosing a VPN, decide if you need split tunneling and if you do, make sure your service provider offers this feature. If they don’t, it will be easy enough to find one that does.

Is the data always encrypted?

As soon as the data reaches the VPN server, it is first decrypted and then sent to the recipient. Even though your VPN tunnel might offer encryption, the status of your data could change while it’s in the tunnel. This could happen if the recipient of your data doesn’t have the means to decrypt it.

If that’s the case, the VPN server will obscure where the data is coming from, and you as the internet user will stay anonymous, while the recipient won’t know who you are and where you’re located.

But there’s no need to worry because you can solve this with end-to-end encryption, which is a system of communication where only the two people who are communicating can access the shared content. The best thing to do would be to find a service that already offers this type of technology.

If you need to send some data which is already encrypted, the VPN won’t cause any trouble. It will simply add a second layer of encryption which will be removed when the data leaves the VPN tunnel. So, you will have all the protection you need either way.

What you should know about tunneling protocols

When you choose a VPN, your provider will give you a choice between several tunneling protocols. The choice you make will be crucial to the performance and quality of your tunnel, so it’s important for you to choose wisely.

Some of the questions you want to ask your provider about each protocol are the following:

Of course, security must be your number one priority, and the other specifications should be chosen based on your wants and needs.

What to look for when choosing a VPN

Not all VPNs are created equal, and not all of them will serve everyone the same. We all have different needs, and so, when choosing a VPN, you have to think about what you will be using it for.

Security and privacy, as well as strong encryption, should be the most important feature if you’re using your VPN for the following:

When you have a secure VPN, you will be able to block surveillance, avoid tracking of data transmission, and bypass content restrictions. As for public Wi-Fi, you can make your data invisible to people who are using the same network, as public Wi-Fis are usually extremely unsafe.

Speed is an important feature if you’re planning to use your VPN for online streaming services or avoiding ISP bandwidth throttling. With a fast protocol, you will avoid buffering. It would also be good if the VPN had the ability to bypass blocking software so you could access restricted content on streaming websites.

If you’re looking to use your VPN in various different ways, check if one of the tunneling features is the ease of switching between different protocols. If yes, you will be able to choose the appropriate protocol before each use.

Finally, if you’re planning on visiting both remote and local websites, and multitasking while you’re online, make sure split tunneling is one of the features of your VPN. As we have explained above, this way you will have access to the VPN server as well as your local ISP without interruptions.