What Type of VPN Should You Use? 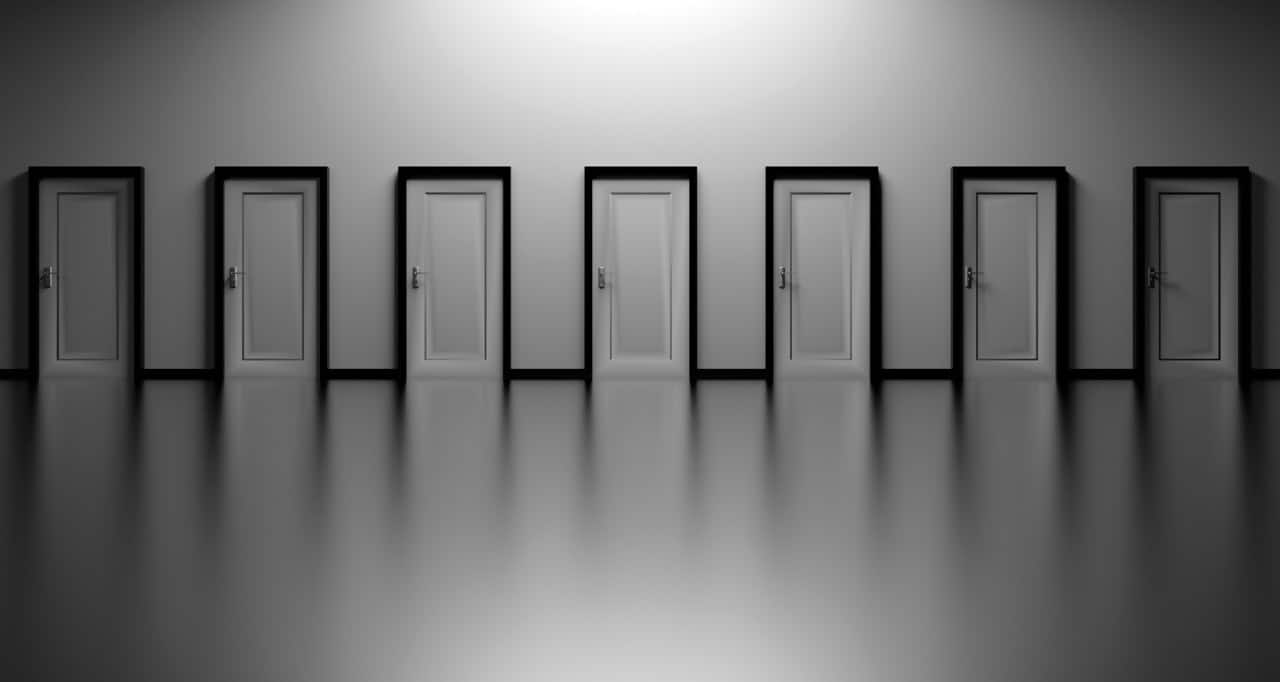 Virtual Private Networks, better known as VPNs, have become a necessity for internet users everywhere. They allow internet users to connect to an isolated network privately and securely.

This technology ensures a private and encrypted connection thanks to what is known as a VPN tunnel, through which the internet traffic passes.

There are a couple of different types of VPNs to choose from as different people require particular features from their VPNs. Therefore, it’s good to know what types of VPNs exist, how they differ, and who can benefit from which type the most.

When it comes to VPN categories, there are two distinct models. Each has its advantages and they are tailored for different purposes.

A remote-access VPN allows users to establish a secure connection to a private network from a remote location, using a computer that is connected to the internet.

With this type of VPN, users can remotely access a private network and utilize all of its services. The connection is completely secure and it is established via the internet. Remote-access VPNs are great for businesses as well as home users who want to shelter their network usage.

Users rely on such a VPN to provide a safe and secure browsing experience, and allow them to bypass some regional restrictions (for example, content that may be blocked in their country or region). Apart from removing imposed constraints, this VPN service ensures the users will have both privacy and security while browsing.

Although individual users and companies can both utilize a remote-access VPN, it’s slightly more convenient for private use. As for companies, especially large-scale ones, a Site-to-Site VPN would be a wiser choice.

Also known as a Router-to-Router VPN, a Site-to-Site VPN works by creating a virtual link between two networks which are far apart from each other. It secures a private connection between the two, and allows them to browse the internet safely.

This VPN is mostly used by large organizations or companies which have branch offices in many different locations. By using a Site-to-Site VPN, they can connect multiple networks from various locations, no matter the distance.

There are two types of Site-to-Site VPNs:

As far as types of VPNs are concerned, there are two which are most commonly used – client-based and network-based.

Client-based VPNs are simple mechanisms that allow users to connect to a network privately, using a mobile device or computer. They guarantee complete privacy and zero chance of information theft. Not only is this type of VPN straightforward, but it’s also convenient for the everyday consumer.

When someone uses a client-based VPN, all they need to do is access the internet through an application that establishes the VPN and initiates communication. The users launch the application, enter their username and password, and enjoy safe and secure browsing.

This is a great alternative for anyone who wants to access sensitive information from their device. The client-based VPN is compatible with operating systems that run on both mobile and computer devices, offering a few different options to choose from.

Network-based VPNs work best for companies with offices in multiple locations, much like Site-to-Site VPNs. They are used by those who want to connect different networks through the internet. Such a practice is generally seen as unsecure if done through an untrusted network.

There are several types of network-based VPNs, but the most common ones are the IPsec tunnels. Network firewalls and routers use these tunnels as the simplest approach to establishing a VPN. They work by providing a tunnel through which two networks can exchange information.

When setting up a Network-based VPN, you need to decide whether you want to use certificates or passwords to carry out authentication. Also, you have to assign which devices can serve as endpoints of the tunnel, and what kind of traffic will be allowed to flow through it.

With this type of VPN, you can establish one tunnel between two locations and control the access that parties have to the resources provided.

When selecting your VPN service, there are a few things you have to consider:

For personal or business use

The first question you need to answer is whether you need a VPN for personal or business purposes. Based on that answer, you can search for a service that is tailored to meet your exact requirements.

If looking for a business-oriented VPN, you may need to find one that uses cloud technology. Also, it should allow full control of your network and make it accessible from an intuitive control panel.

On the other hand, a VPN for personal use should cater to individual users. And of course, it must have a wide range of features that guarantee privacy.

If you’re looking for an alternative to a VPN for business, you can also use a proxy server. This technology can give you various benefits, including using bots without being blocked, which can come in handy if you’re planning on scraping online content.

Also, a proxy offers a stable connection that won’t break and lose your data. It also hides your IP address which means you won’t be blocked from certain sites.

When it comes to the logging policy, there are basically two types of VPN services – the ones that keep logs and the ones that don’t.

A no-logging policy is basically a promise from your VPN provider that none of your sensitive data will be shared, collected, or stored. If you are interested in such an option, make sure to check your provider’s privacy policy.

VPNs that have a no-logging policy are usually based in locations that have lenient legislation, or countries where people’s privacy is ensured thanks to long traditions.

There are also some providers which store minimal logs. Even though this doesn’t mean they’re completely unreliable, it’s still safer to go with a VPN service with a no-logging policy.

Many VPN services offer multiple VPN protocols, while others have limited resources and are designed only to support one protocol. So, which version is the better option?

Some providers choose only to focus on one protocol. There aren’t any concrete benefits to using a single-protocol VPN, as the safety of your network depends on which particular protocol is used.

When a provider uses OpenVPN, it usually provides a reliable and stable connection. However, if you have a single-protocol VPN based on a different protocol, it probably isn’t the safest option and you should consider changing your provider.

Multi-protocol VPNs have the advantage of giving you more than one option to choose from. Some providers offer all the major protocols (from IKev2/IPsec all the way to OpenVPN). If you want to eliminate VPN blocks and bypass censorship, it’s a good idea to have a variety of protocols.

Free vs. paid vs. premium VPN

When categorizing VPNs according to cost, you can distinguish three categories: free, paid and premium VPNs.

Free VPNs might seem tempting, but they have some huge security risks and restrictions. If you aren’t sure if a VPN is worth the money, think about trying one of the premium VPNs which offer free trials. It will give you enough time to decide if you want their service or not.

But if you have a smaller budget, you can consider some free VPNs. They do a decent enough job but have some limitations. Examples of free VPNs include UrbanVPN, ProtonVPN, and Windscribe.

Paid VPNs offer slightly better protection than free ones, but they still aren’t the best option. Their prices are usually reasonable and most of the time, you get what you paid for.

Finally, premium VPNs are undoubtedly the best amongst all virtual private networks and they’re offered by most leading providers. Even though you will have to pay a significant amount of money, it will be worth it if you’re serious about your safety and overall browsing experience.

Premium virtual private networks have features you won’t find in any free or paid network. They offer top performance, maximum security, and complete privacy. When you have a premium VPN, you will also have access to responsive customer support and a live chat.